Hey Cherry lovers! How are y’all doing tonight? It’s Andrea and Darci here, giving you yet another Cherry blog. Well, midterms week was really interesting. Tuesday through Thursday were successful, productive shooting days. Friday, however, was a little different. All of the crews were a little preoccupied by some intense fruit wars. Fruits have been stolen and crews have been blamed. And I (Andrea) was taken hostage and put into a locker in the basement, and then a closet. And I (Darci) did not help her. (Sorry Andrea). But filming worked out well and we shot the opening scene!

Now it is Monday, and unfortunately Derek is not here today. And he happens to have our binder. Mr. Alan just announced that we have to have a cease fire on the fruit wars. It has gotten too extreme and dangerous, and Dragon Fruit, Cherry, and Plum were called out to work out the issues at hand.

SlimJim and Jackie have been amazing for the past week. Like legit they’re all stars. Lambo/Jim/Slim is slowly getting more and more talkative, loud, and talented. Star on the rise? We think so. Supporting role award? Yes.

Jackie is, as always, perfect and amazing. He never fails to impress me with his ability to deliver his lines. And when he wears the tuxedo? Wow. Just wow.

Pete and Derek have been great too. As the rookies, we (Darci and I) are really trying to learn from them. As a result, Darci can now compress files. I am not that skilled yet, because I’ve been too busy being in closets/being on set. But we’ll get there eventually.

Working with Emma has been a pleasure. Especially since Darci had practice during midterms week, it was nice to have another girl on set. Despite all the good news, we have some devastating, heart breaking, horrific news. Brandon……….is gone. As in, is not in Film II. What will we do with ourselves?!?!? Cherry is going to miss him so much. He will always be here in spirit. We are very sad about this, but we’ll move on eventually. We’ll recover.

As far as this week, we have not really planned it out because 1, it is Monday after midterms, and 2, Derek has the binder. But we will continue with the hard work, the insane shooting, and the after school sessions.

In the grand scheme of things, we really are getting a lot done. Our goal is to finish the movie early so we can work even harder on editing. So far, so good!

Well, that’s all from the Cherry crew.

P.S.-We got into the Fruit Nest for the second time!

Fruits have been taken, war has begun.  Penelope will not survive if this problem is not solved immediately.  Watch the video.  We mean business. 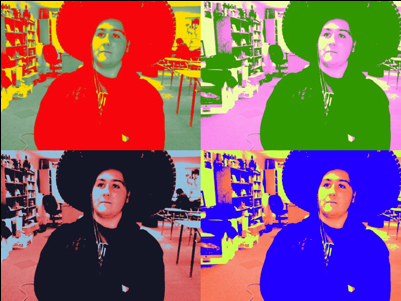 We have been filming the Weaver Report for two weeks now, and the shots look great! This movie is coming along quite nicely so far.  We have been working on organization on Final Cut Pro and making sure that every thing is ready for when we start editing.  We recently started to use cross coverage filming, which is very useful because we can film more in less time. Caneja and Bruen had to work together to get a good cross coverage shot.  Andrea couldn’t be with us during the cross coverage filming, but if she were there… “she probably would have screwed it up,” says Bruen sarcastically.  I have been learning a lot about acting from Jackie Gately and Pete Bruen about acting.  I went from a great actor, to an even better actor.  Chin has been working on his awesome music, and it sounds professional.  Even though the music kids can work with any crew… Chin is ours.  But, on a serious note, whoever has the cherry fruit, you’re messing with the wrong crew.  Now this isn’t about us kicking down your door at three in the morning to get the fruit back, or even about us stealing other fruits and mailing parts to you in little boxes — no, we just want our fruit back. 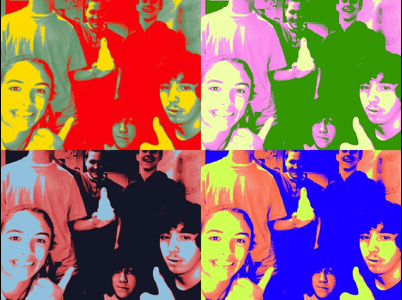 Darci and Chin here for ya. Just chillin out, maxin, relaxin all cool, workin on pre-production. Lately Gately, we’ve been rehearsing some scenes with our lead actors trying to get a feel for the rest of the filming process. Matt Landry has been working with Jackie and Slimjim (aka Lambo) to get them ready for our awesome movie. Although Jackie is a seasoned veteran, he will still benefit from this and Slimjim is in the process of being the next Jackie Gately, so I mean our actors are looking pretty good. Cannot wait to start working with Emma as well her personality will add to the collective awesomeness of our group. Since we’ve been so diligent and determined to get this ball rolling, I think Santa’s going to give us a little extra this year.

We may appear to be mean and conceited, but it’s really just confidence and we’d like to apologize to anyone we may offend and compete with in the coming months. Hopefully no friendships will be damaged and we can keep everything clean.

We are now wrapping up the last week before 2012, and we start shooting after vacation!

Stay posted! And happy holidays from the Cherry family ❤

P.s. We just got in the Fruit Nest for the first time! Woohoo! 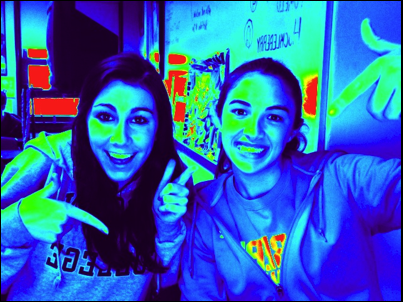 Since we rock so much, let’s start talking about how productive Cherry has been during the last week.  This week we had a meeting with Mr. Alan to discuss the Weaver Report and we were able to make revisions to the script and finalize it. We’ve been working on shot lists and story boards, and we’re going to start scheduling too. Also, we finally found our Destiny Jones: Emma Batting. We’re really excited to be working with her. On Wednesday, we had our first art direction meeting. We have Melanie Caneja, Lindsey Bruen, Leah Erwin, Claudia Schoenthaler, Lucy Lynch and Tom McGourty working with us on art direction, and Mrs. Kerr was a huge help at that meeting too. There are a lot of props and costumes that we need to plan out and have available to us, and Darci along with the other art directors are definitely going to help. The meeting went really well and we got a lot of suggestions, and we can’t wait to start.  As of right now, production begins following December break.  The entire crew is working hard to make this happen — teaching, learning, having fun.  Our assistant director, Slim Jim (Jimmy Lombardi), is quickly learning and we feel that he will be a great help.  Finally, we know people may be a little jealous of our crew, but they are just to embarrassed to say it. 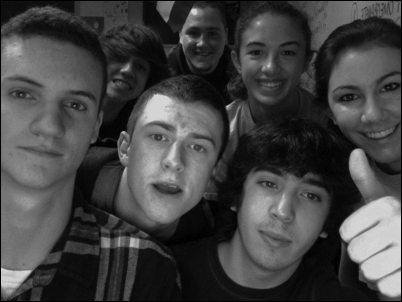 It’s hard to believe that pre-production has already started. Just last week the crews were being finalized, and now everyone’s thrown into the typical film festival frenzy.

Cherry is so excited to get started on The Weaver Report. Our crew has Derek Caneja, Peter Bruen, and Andrea Lee as co-directors, Jimmy Lombardi as assistant director, and Darci Bruce as art director.  In the acting department we are looking forward to working with the infamous Jackie Gately as protagonist Steve.  We are sure that he will do a great job. We have stolen Brandon Chin from the rest of the crews to work on music because he rocks. Lastly, we have the pleasure of working with the career and ed student Allie Iannoni.

Friday was our first day of actually settling down and going through the script. There is a lot of personality in one crew…it is definitely going to be an interesting year in Cherry.

It’s all going well so far! There are a lot of obstacles we’re going to have to face as a crew, but we’re anxious to begin this movie. Our binder is already decorated, our vision is finished, and we are almost done with last minute changes to the script. There will be plenty of Cherry Pride this year.  Stay classy.